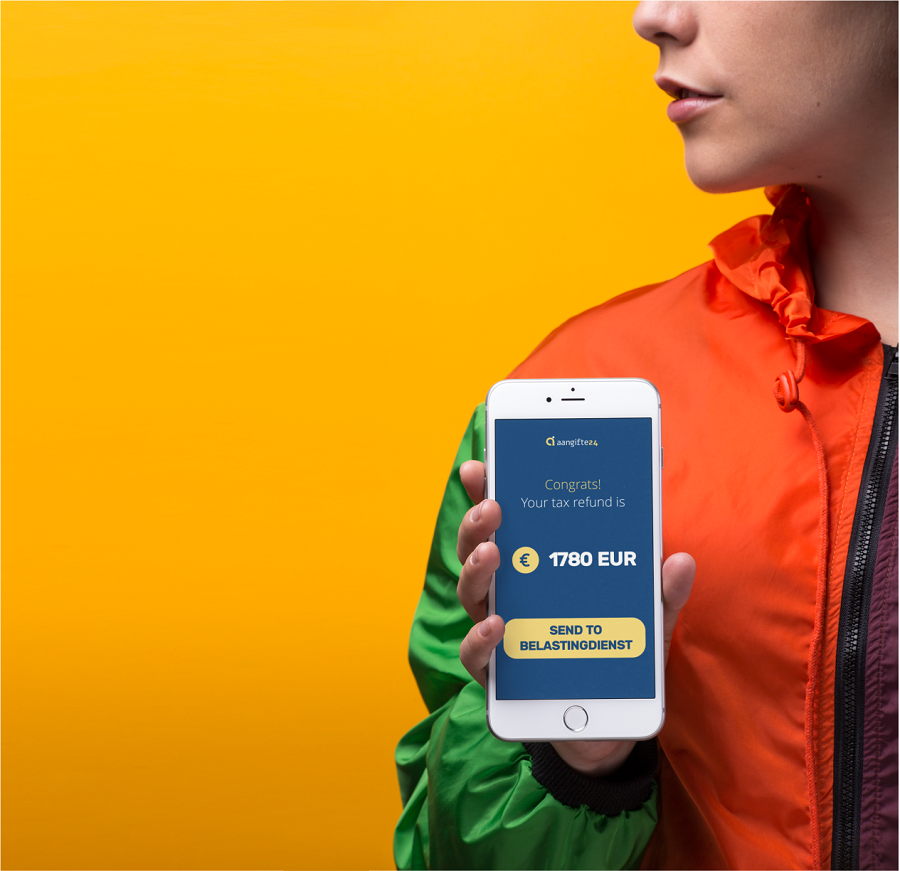 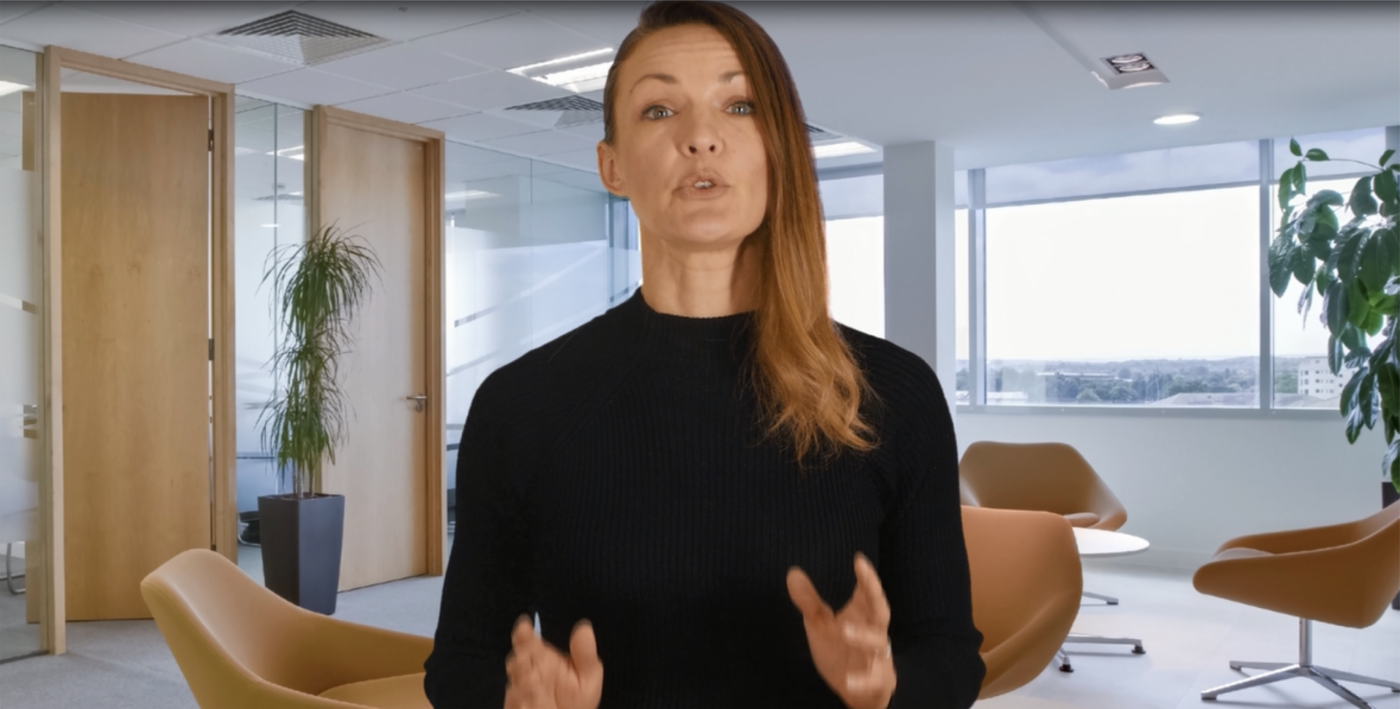 Dutch tax settlement using the app - how does it work?

How do I complete Dutch tax settlements through the app? It's simple - first you need to enter data from Jaaropgave into the panel. Then you will learn the tax amount. Remember that you have the option to opt out of the service at every step of completing the application.
After completing these steps, you will need to pay the amount for the service via Payu or using a VISA/MASTERCARD credit card. After making the payment, you will receive an invoice and the possibility of verification and submitting a return.
You will connect with our advisor who will check your tax return and provide advice on additional reliefs. This is followed by the statement being sent with a certificate to Belastigndienst. Settlement of your taxes in the Netherlands has never been easier. 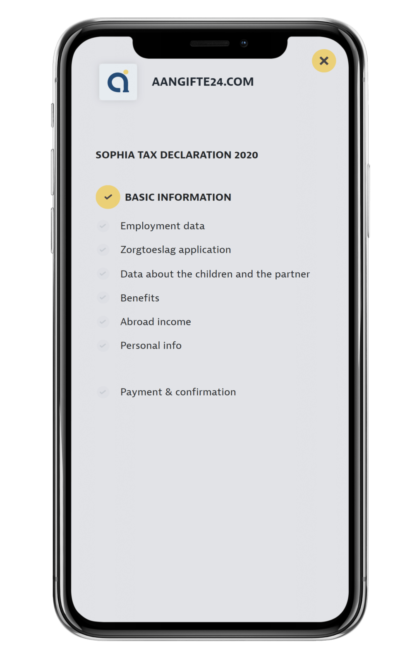 After entering the basic data into the NL calculator, the amount of the tax refund or amount to be paid is displayed. The Dutch tax refund calculator is the only English tool that accurately estimates the result for the tax year. The software automatically verifies the entered data and suggests the most advantageous settlement: with the 90% condition, with insurance abroad or the Netherlands, with a fiscal partner. The Dutch tax refund calculator provides complete convenience and safety of the service. 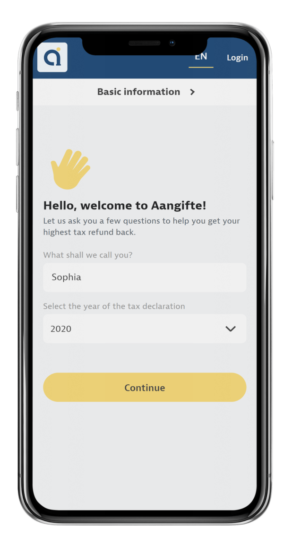 You no longer have to visit the Tax Office. All you need to do is enter three items from your Jaaropgave card that you have received from your employer. We will ask for those items in Dutch, so it's extremely easy to find them! You will receive STEP-BY-STEP instructions on how to register an account at the office or change your mailing address.And all this for one price!
You can save a lot of money
The Dutch tax refund via the app is not only simple but also profitable. You pay only once. Verification, adjustment, sending the return with an application for funding, translation of letters, appeals against decisions and verification of previous years together with a VIDEO chat with an advisor costs only EUR 89.00. Calculate your Dutch tax refund with our calculator and see how profitable it is.
English Forms
Another advantage of settling tax overpayment in Belastingaaifte is the convenience of submitting a tax return. You do not need to obtain documents in Dutch, as in the case of the Tax Office, for instance. Our forms are simple and were prepared in English. M-Form, C-For and, Zorgtoeslag forms are available.
Tax calculation
After completing your return, you will find out the estimated amount of your tax refund or amount that needs to be paid. The Dutch tax refund calculator is the only English tool available online that accurately estimates amounts included in the decision. There is no need to wait for information from the Tax Office. Fully controlled Dutch tax refund.
Settlement without codes
The formal aspects are kept to a minimum on the Belastingaangifte website. Starting in 2015, special codes are required and they can be ordered from the office. With Belastingaangifte, you don't need to have these codes to get a Dutch tax refund for a given year.
Complete settlements of your friends and family
You can settle your NL tax as well as complete settlements for your friends and family. The market rate due for the application is 120 EUR, so you can earn as much as 80 EUR on one application, thanks to which the tax settlement from the Netherlands becomes fully profitable.
Do you manage an office?
You can use our tax settlement software in your business as well. We can provide you with an unlimited license.
BECON number
Our refunds are certified with a BECON number. We are an authorised tax agent in the Netherlands. Our tax returns are treated with priority.
Specialist support
Don't worry about formalities. However, if you would like to consult your application or have questions about your Dutch tax refund, you can talk to our advisor. This is possible through a VIDEO call or CHAT.
Electronic confirmation
The returns are sent directly to Belastingdienst. After submitting them, you will receive an electronic confirmation of receipt by email. This provides you with a sense of security and quality of service. 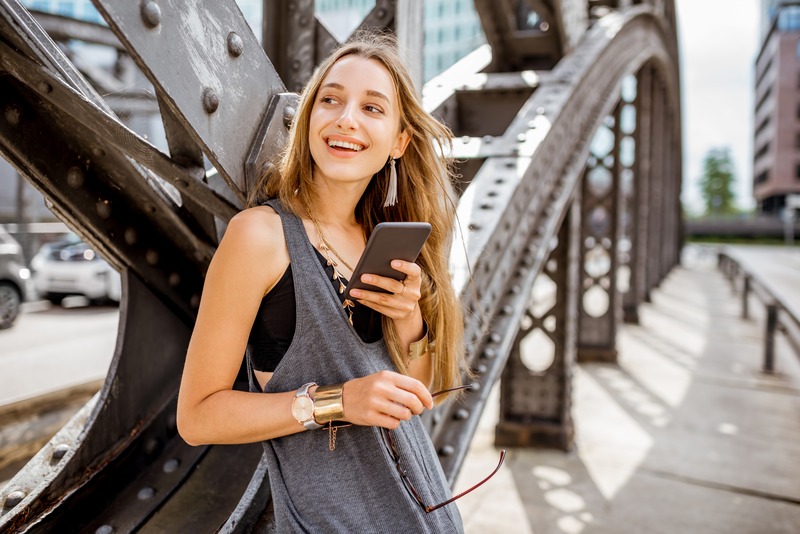 How much does it cost?

no codes and passwords

you don't need to have a DIGID

verification by an advisor

translations and appeals included in the price

When you choose Belastigndienst, you focus on comfort and reliability. See why it is worth trusting professionals with your Dutch tax settlement. Below you can find reviews written by our Clients.

Everything went smoothly and quickly. If I didn't know something and wrote an email to support, literally after a short while I received a detailed message. I can honestly recommend the highest level of services!!!

Professional service, they care about the customer, if you have a problem you can write an email and after a short while you will get a reply. The act quickly and efficiently without any problems. I settled my tax and zorgtoeslag.I received an insurance refund from the Netherlands.I received an amount that they calculated. I do not intend to switch to services of another company to. They are 100% trustworthy.HIGHLY RECOMMENDED!!!

This app is great. It works quickly and efficiently. I am very pleased ????

I recommend the highest package - I was assisted by a kind staff member who checked everything and answered my questions about the extra refund.

reat application, helps you handle returns without much preparation. Without it, I would not be able to do it and now the money is already on my account 🙂

I am very pleased with the application, everything was quick and efficient ????

I recommend them wholeheartedly. I received replies to difficult questions quickly. This made it possible for the entire process of submitting returns smooth.

Thank you ???? I thought that I would not be able to go through all the procedures related to the tax refund - thanks to your assistance I was able to get everything done quickly and without any problems. Dank u wel!

Everything worked out efficiently. They are always on point and provide professional help

Tax from the Netherlands - what are the payment deadlines in 2023?

Taxes in the Netherlands apply to anyone who has legally worked in this country. In order to be eligible for a tax refund, each payer must submit a return by 1 July for a given tax year. Currently, there are no specific payment deadlines in this country. Nevertheless a few rules have been adopted that are associated with meeting an indicated deadline or its failure to meet it. When will Dutch tax be paid out?

Tax settlement from the Netherlands - who does it apply to?

When working in the Netherlands, keep in mind that all income earned from working in this country is subject to different rules than in most other countries being members of the European Union. What does this mean? According to the law, expats who legally work in this country are required to submit a tax return and settle the tax with the Dutch tax office. Tax settlement from the Netherlands abroad applies to people whose income was obtained in the Netherlands at least in 90%. Such individuals are subject to favorable settlement rules and, additionally, they are entitled to various tax reliefs. A refund from the Netherlands is then fully profitable.

Dutch tax settlement - what documents do you need?

Anyone who is or was legally employed in the Netherlands can apply for a tax refund. The Netherlands is a country where you only need two types of documents - if you want to receive a refund of money for work, you will need:

Optionally, it is also worth having forms handy such as a certificate of income issued by the tax office, a copy of annual settlements or a payslip (salaris).

Jaaropgaaf tax card - what is it and how to obtain it?

Jaaropgaaf (also known as Jaaropgave) is a Dutch tax card that is provided to each employee by the employer. This is the basis for applying and obtaining a tax refund in the Netherlands. This form is a confirmation of your income and it is later processed by the tax office. It's important to note that each working person should receive the Jaaropgaaf after the end of the tax year, i.e. by the end of March.

Do you need a tax refund for previous years of work? Contact us and let us deal with the problem. You can claim your due tax refund up to five years back. What does this mean? For instance, if you pay your taxes in 2023 you still have the option to file documents for 2022,2021,2020,2019, 2018 to the Dutch tax office so you have the chance to receive a tax return from the past years. You do not know how to settle Tax return from the Netherlands? Contact us and make an appointment with a professional.

What has an impact on the amount of the tax refund?

In addition to the resident status, the Dutch tax office takes into account several factors to calculate the tax overpayment, which affect the amount. They also include: